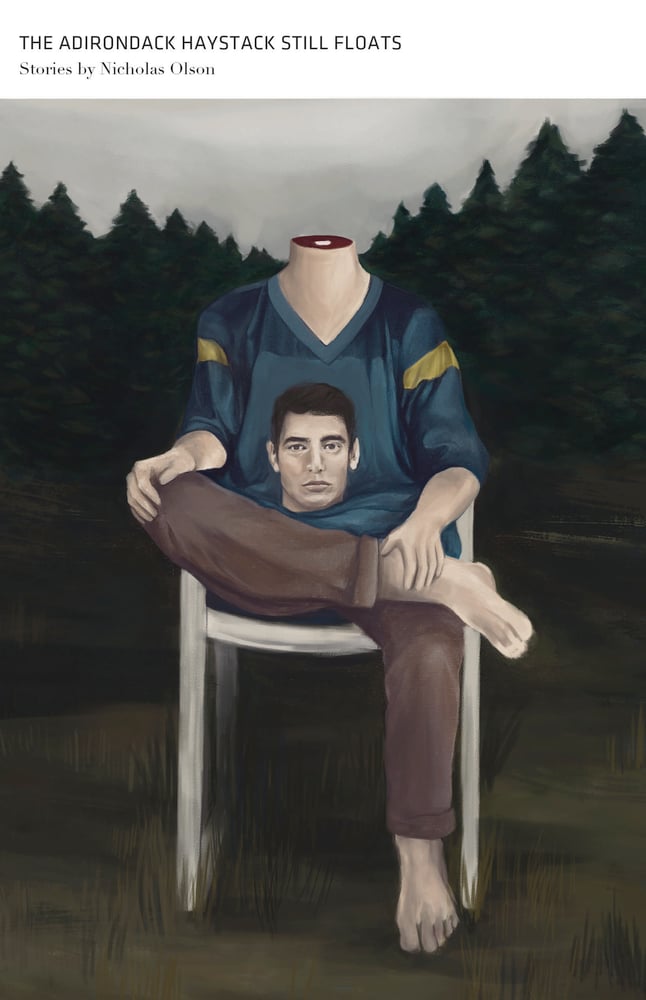 In these times where success is measured in dollar figures and the remarkable people are those with the most views on a screen, the unexceptional must be examined. Not from behind the glass of a BMW M3 while driving across town, but rather from the bridges under which they live and teach philosophy, from the community centres in which they share lessons of furniture sales, from living rooms in which they build shrine-like robots. From these settings where mediocrity is presupposed, The Adirondack Haystack Still Floats brings fairy-tale realities and surreal episodes to the reader in a dynamic discovery of truth.

Retired pension recipients are often deemed as dispensable, UPS Deliverymen as the pinnacle of uninteresting, Mexican street criminals as detestable—all because of facile assumptions of their societal worth, when they are the cells of the blood that pumps through an entire population. The Adirondack Haystack Still Floats shares the inventive stories of twelve human beings who were scattered throughout North America like chickenfeed, landing only in the neighbourhoods with Greyhound Bus service. In their own way, each character is a reminder that the blue-collar social class is the one upon all of our values were founded, and in their peculiar ways of surviving suggest that they shouldn’t be considered the mediocre at all.

From the pages:
After the meal, Mark sat alone with closed eyes, hands flat on the dinner table. He pushed an itch to the back of his brain, one that was scratching at him directly behind his right eyeball. Mark didn’t know whether the itch represented his minimal amount of assertiveness after losing his job balled up into one gnawing feeling, whether it was his brain convulsing after learning his entire education had been paid for with ugly money, or whether it was a condensed and concentrated version of his proposed insanity trying to inform him of its existence. He decided to drown it in more wine.